At the end of September 2022, I was going through our photos (Sony SLT and two smartphones) to make sure they were backed up to our Western Digital Passport portable disc drive, as well as backing up the Word documents and processed photos for each blog post.  I try to keep up with this task on a daily basis, but sometimes I get behind.  In backing up the photos from Linda’s phone I came across some that I really liked but had not used in a blog post at the time they were taken.  We take a lot of photos, and only a small percentage of them end up in the blog.  Here are six previously unseen photos, all taken by Linda on her Google Pixel 6 smartphone. 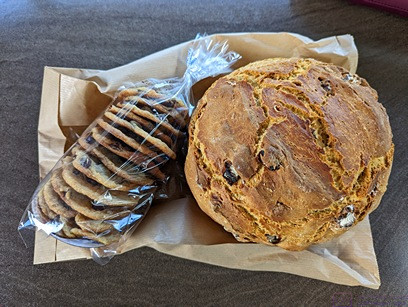 Our Boondockers Welcome host, Rob (The Lake House) baked a loaf of bread (walnut & date) and some cookies for us.  He knew from our Facebook interactions that we were both vegan, so the break and cookies were too. 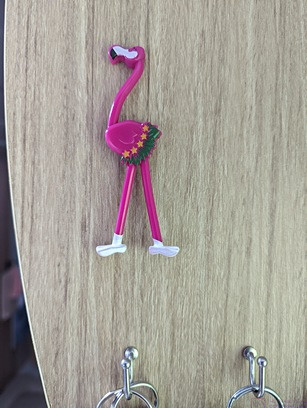 When we were trying to set up our travel trailer in site #24 at Hadley’s Point Campground in Bar-Harbor, Maine, a fellow Airstream  owner stopped and gave Bruce a small, pink flamingo.  Linda put it on the end of the cabinet by the door, just above our keys. 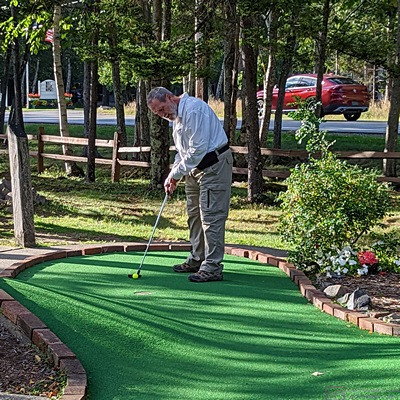 While we were camped in the Bar Harbor, Maine area we played a round of miniature golf at Pirate’s Cove Adventure Golf.  This is Bruce lining up a shot. 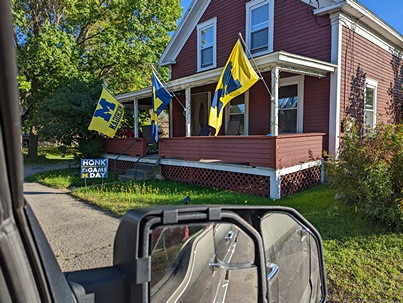 While driving through Gorham, New Hampshire on US-2, we spotted this house.  We were camped in the area for four nights, so the next time we went past it headed east, Linda got this photo.  As the saying goes “our kids and (some of) our money went to U of M.”  (It was money well spent.)  It’s not our Alma Mater, but it was still neat to see this so prominently displayed so far from the center of the(ir) collegiate universe.

We had read reviews about the “camp store” at Brookwood RV Resort in Ticonderoga, New York.  Since we were camped at this RV park for two nights, we checked it out.  It was more like a general store than a camp store.  Linda made me try on the moose hat for this photo, but wouldn’t let me buy it.

I did a whole post on our visit to the Star Trek Experience – Original Series attraction in Ticonderoga, New York but did not include a photo of this partial mock-up of the NCC-1701/7 Shuttle.