This is the second of two posts for this date, the “B side” so to speak.  The ‘A’  post was about our very enjoyable morning visit to the amazing Original Series Star Trek Experience in Ticonderoga, New York.  We returned to the trailer afterwards to open it up and let it air/dry out as the forecast for temperatures in the upper 60’s and no threat of rain.  We then headed back up NY-9N all the way to the Crown Point State Historic Site (SHS) at the Lake Champlain Bridge to Vermont.

Crown Point SHS is both a historical landmark and archeological site that was gifted to New York State in 1910 for preservation.  Based on the brochure/map we received, it is jointly managed by New York State Parks, Recreation, and Historic Preservation, and the New York Department of Environmental Conservation.

1783).  The site has a trail system that leads visitors to some of the outlying features, or just provides nice walking paths.  There is also a small museum building.  The site was free to enter, but the museum was $4 admission per person.  We skipped the museum, but not because of the cost.  The historical significance of this site, however, was older than just European powers vying for control of northeastern North America.  From the brochure/map:

“The Landscape before you has served as a boundary between cultures for hundreds of years.  It delineated territories between the Kanien Kehaka (Mohawk) Nation of the Haudenosaunee (Iroquois) Confederacy to the West and the Abenaki Nation of the Algonquian peoples to the East.

Samuel de Champlain was the first known European to travel this vast lake in 1609.  Waterways were the dominant transport routes in the seventeenth century, and command of this narrow channel could control trade and settlement between Montreal and New York City.  Since 1731, this area has been occupied by Indigenous, French, British, and Colonial forces all competing for strategic and commercial control of this corridor.”

I would add that the site occupies the northern tip of small peninsula with nice views of Lake Champlain, New York and Vermont.

Following are eight photos from our visit, all shot with the SONY SLT a99v (DSLR).  They are not a complete visual documentation, just a few photos that I liked. 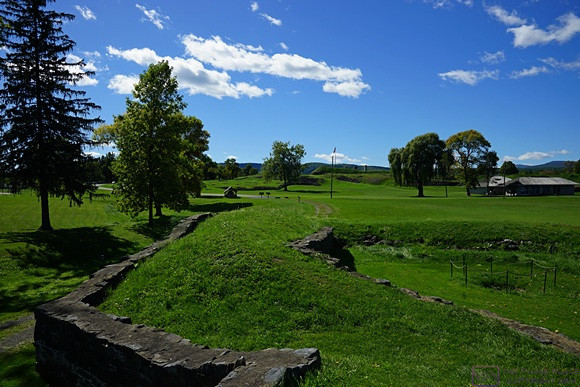 Remnants of the double wall that outlined the French fort.  The grassy area in-between was a walkway known as a terreplein (pronounced ‘tear-a-plane’). 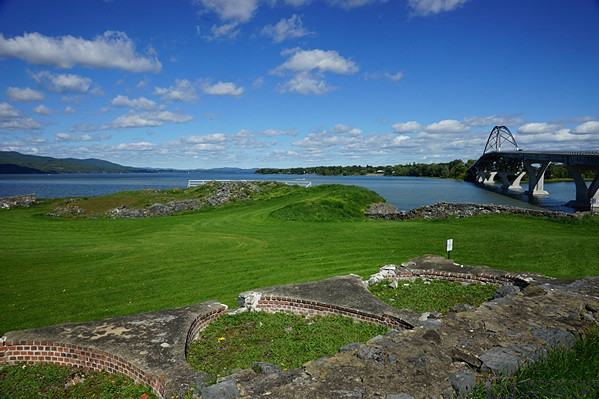 The circular brickworks were the bases of four bee hive bread ovens.  They had the capacity bake 900 loaves of bread every day.  The modern Lake Champlain Bridge in the background on the right. 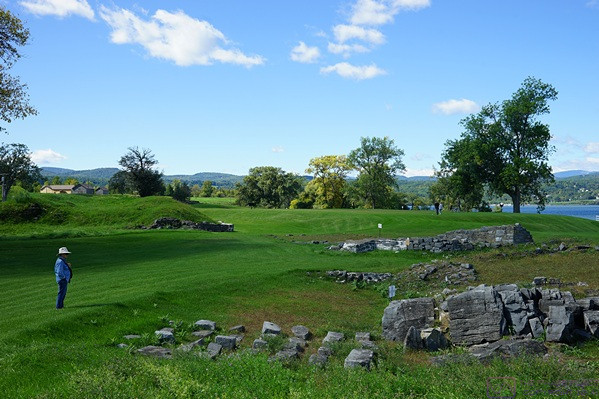 Linda looks at a pile of rubble and the remains of walls that were the Tower Redoubt / Citadel in the north bastion of the French fort.  It had 12-foot-thick walls that were six stories high. 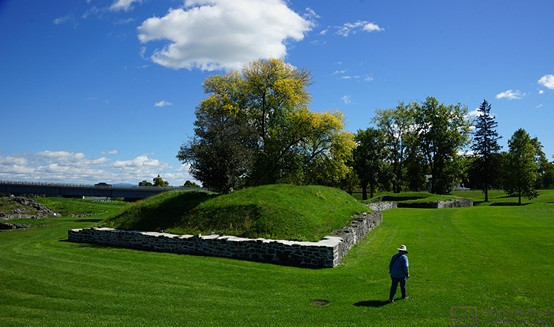 The west Bastion of the French fort.

Looking south through the entry to His Majesty’s Fort of Crown Point on the north wall of the fort.  The stone building on the far side of the parade ground was the ‘soldiers’ barracks (as opposed to the ‘officers’ barracks). 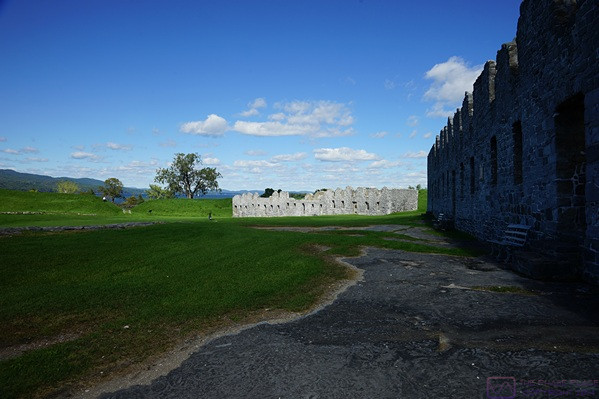 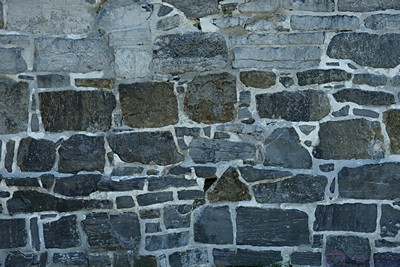 The stonework was very impressive.    According to the brochure/map, “It took more than 3,000 carpenters, masons, and soldiers four years to complete construction of the British fort.  Walls were constructed of squared logs that rose twenty-seven feet above the stone foundation. 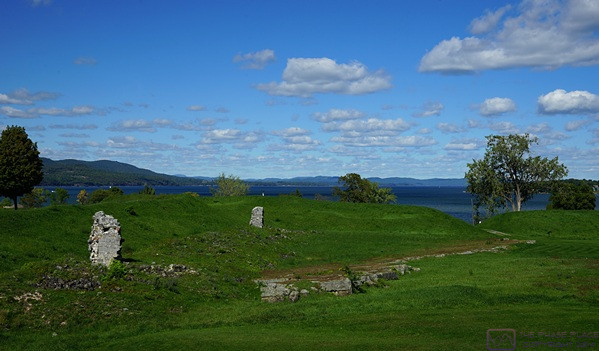 The two stone columns and rubble lying along the west wall of the fort are the remnants of a second soldiers’ barracks that was never completed.  Part of Lake Champlain is visible, with some of New York’s Adirondack mountains beyond.  Crown Point is at the southernmost extent of the ‘wide’ portion of the Lake, which narrows at this point but extends farther south for a considerable distance to Whitehall, New York.  The Lake drains to the north via the Richelieu River which flows into the St. Lawrence River at Sorel-Tracy, Quebec, northeast and downstream of Montreal, Quebec.  The Champlain Canal connects the lake to the Hudson River to the south.