This is the second of three posts for this date.  It’s about the Historic 1836 Lighthouse at Cape Spear, St. John’s, Newfoundland.  It’s shorter than the first post and mostly consists of pictures with captions.  Besides a Parks Canada pass to access the site, a separate admission ticket was required to tour the inside of the lighthouse building.  Our Parks Canada Family Discovery Pass took care of that for us, no extra charge.  The lighthouse was changed many times over the years, but restored to something like its original form, including period appropriate furnishings, after the light beacon mechanism was moved to the “modern” lighthouse in 1955. 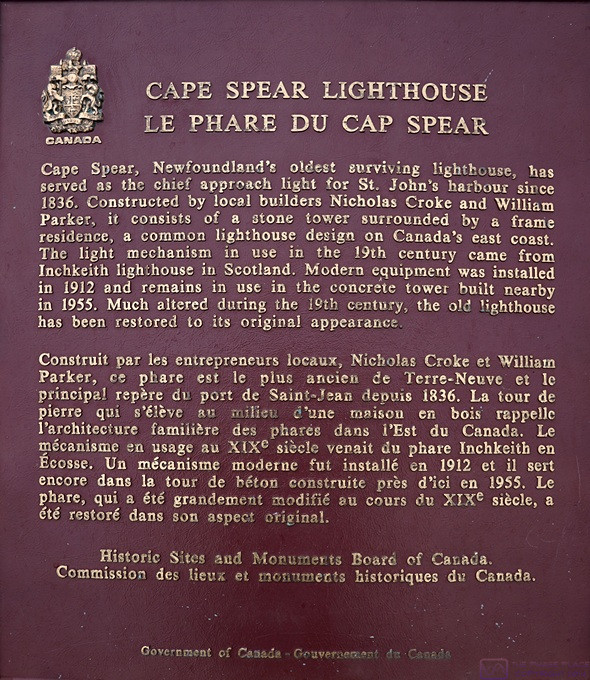 This first photo is of a plaque that explains why the Cape Spear Lighthouse is of historic importance.  Note that lighthouses in eastern Canada tend to not be very tall as they are usually located on very high ground adjacent to the ocean.  Also, the design, a wooden building wrapped around a stone tower, is not something we had ever seen or heard of the USA.  In the states, lightkeepers houses tend to be separate buildings that might or might not be attached to the actual lighthouse tower. 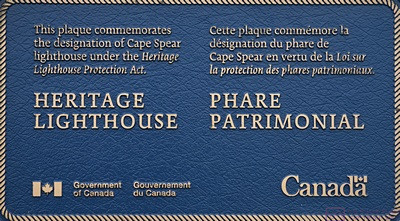 This plaque indicates that the Cape Spear Lighthouse comes under the Heritage Lighthouse Protection Act. 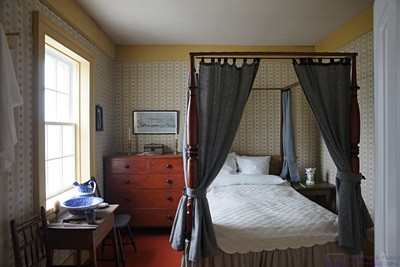 I often find the quality of light to be interesting in a small, old room illuminated by a window.  The wooden building that surrounds the lighthouse tower had two floors.  This bedroom is on the main/1st floor, just inside the entrance. 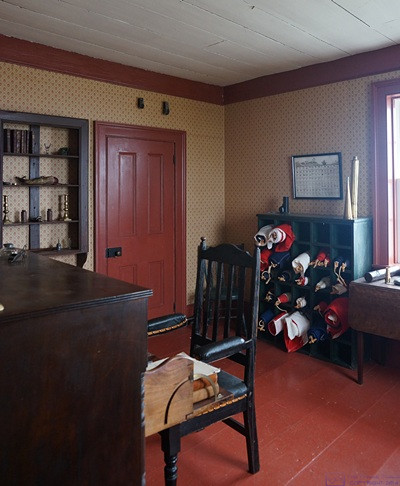 This wasn’t just a lighthouse; it was also a signaling station.  This 1st floor room is the “business office” of the facility.  In the back corner is a cabinet with the signal flags.  They were large, to be visible at a distance, both by ships at sea and by the lighthouse & signal station at the entrance to The Narrows that lead into St. John’s Harbor.  A door leads out directly to the signal “mast” which is, literally, built just like the mast of sailing ship would have been in 1836.  There is photo of this at the end. 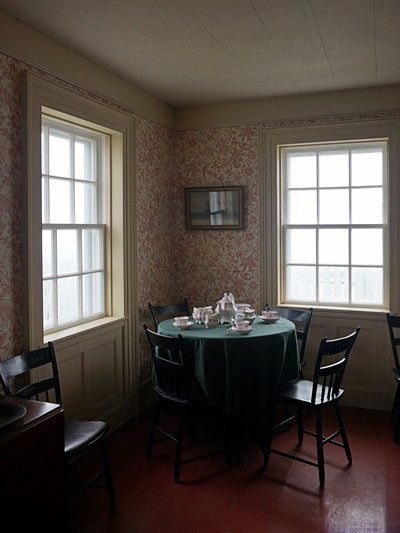 This is the corner of the parlor.  I couldn’t get a photo of the whole room, but this table and tea service in the corner is what caught my eye.  There is a couch (sofa, davenport, etc.) to the right, out of the frame.  Typically, it was a family that lived here, not just a solitary light keeper / signalman.  I didn’t include photos of all the rooms, but the 1st floor also had a kitchen/dining room with a large stone fireplace. 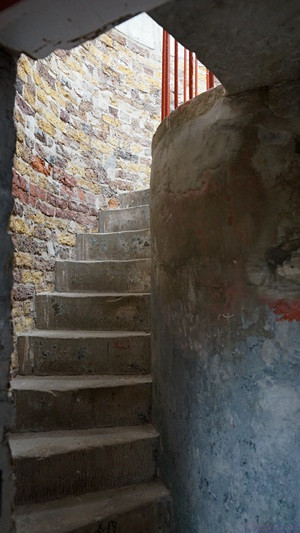 These stone stairs are part of the stone/brick lighthouse tower at the center of the building.  This area was closed to the public as it lacks appropriate handrails and other safety measures.  The beacon is no longer there, but the view would have been great. 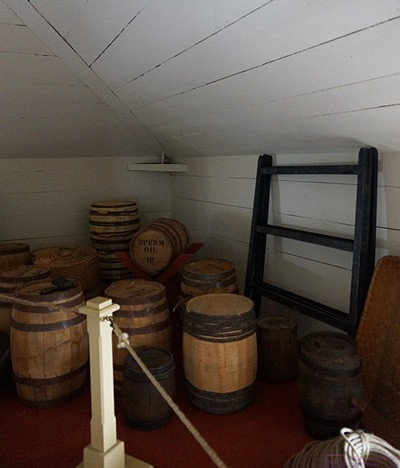 The 2nd floor of the building was very interesting, but could not be shown in a single photo.  There are three rooms plus the stairwell from the 1st floor, arranged in such a way that we could walk completely around the core tower.  This photo is the first room to the right after coming up the stairs.  One of the barrels in the corner says “Sperm Oil.”  At the time this lighthouse was built, oil from Sperm Whales was the fuel for the light.  Continuing counter-clockwise, the next room was a workshop, and then another bedroom. 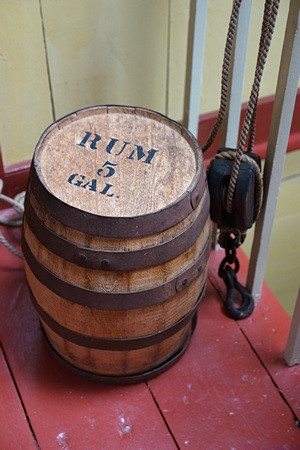 This barrel of rum was on the 2nd floor landing.  Apparently, the lighthouse ran on Sperm oil and rum. 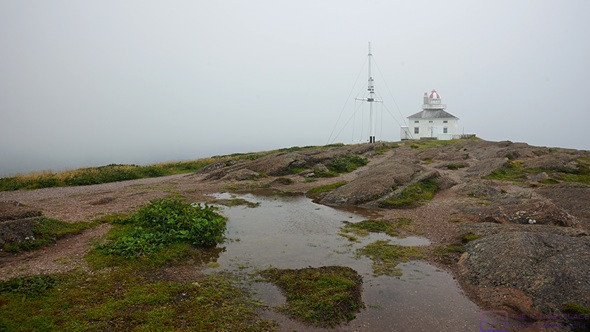 The 1836 Cape Spear Lighthouse and Flag Pole in context. 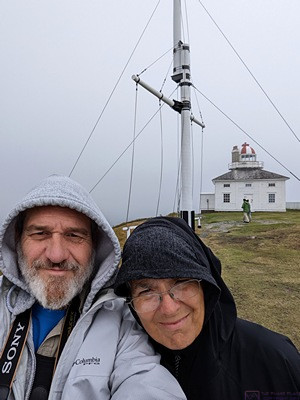 A closer view of the flag pole showing the stepped mast and tapered yardarm.  Of course, every good post ends with a sunset or a selfie.  No sunset today, so selfie it was.