Here is a gallery of additional images from the 2015 Escapees RV Club Escapade.  Most of them are of our friends, old and new. 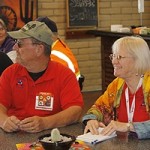 Dennis and Carol Hill used to own the RV Driving School. We bought our Honda Element from them a few years ago. 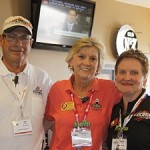 Bob and Molly Pinner, Escapade Directors, with Dortha Hall, one of the Escapade Coordinators. 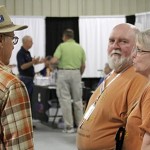 Friends Nick and Terry Russell of The Gypsy Journal. 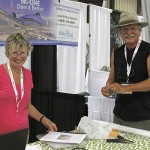 New SKP/RVillage friends Marianne Edwards and Randy Sturrock of Boondockers Welcome. We joined as host members during the Escapade. 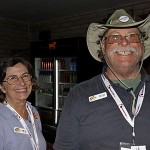 Friends Chris and Jim Guld of the Geeks On Tour. Yeah, they really are that much fun. 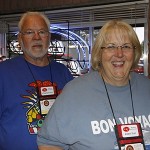 Our RV insurance agents, Charles and Chris Yust, at the vendors dinner. 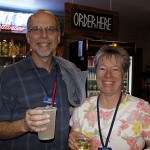 Friends Don and Kim Greene of Harvest Hosts at the vendors dinner. 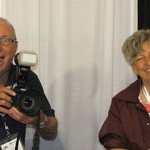 Bill McGrath and Anna Johnson from Park of the Sierras SKP CO_OP. Bill was one of the volunteer photographers. He and Anna are fellow members of the SKP Freethinkers BoF. 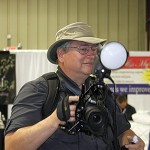 Steve Pinn was the other volunteer photographer. He and Carol were camped off site having service work done. 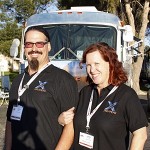 Friends Chris Dunphy and Cherie Ve Ard of Technomadia sporting their Xscapers shits in front of their bus Zepher. 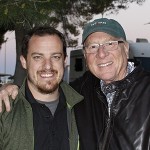 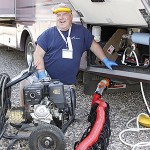 I don’t remember his name, but this guy also cleaned our holding tanks. He is working on someone else motorhome here. 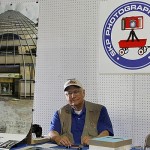 Lou Petkus, who started/heads the SKP Photographers BoF, on “the row.” I run the RVillage group for this BoF and my friend Kate de Fuccio designed the logo. 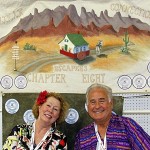 Our friends and fellow SKP/FMCA Freethinkers, Orene and Larry Brown, representing SKP Chapter 8 Mexican Connection on “the row” They are leading a caravan in Feb 2016 to Puerto Punesco (Rocky Point) Mexico. 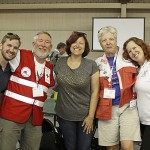 Jason Snow, Forrest Clark, Kristin Snow, Mary Clark, and Cherie Ve Ard. Jason and Kristin are the “Snowmads.” Forrest and Mary are involved in the DOVES BoF (American Red Cross). Cherie is one of the Technomads. 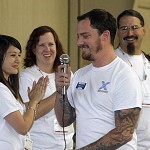 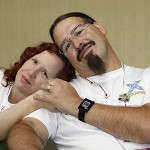 Friends Cherie Ve Ard and Chris Dunphy of Technomadia having a quiet moment at the end of a very busy week. 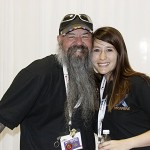 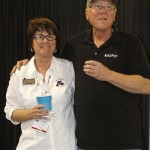 Escapees RV Club president Cathie Carr (SKP#3) and RVillage founder/CEO Curtis Coleman at the RVillage Social / Get-Together on the 1-year anniversary of the launch of RVillage. 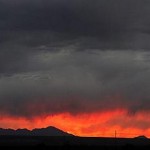 The Escapade ended with a very dramatic sunset as seen looking west from our bus.