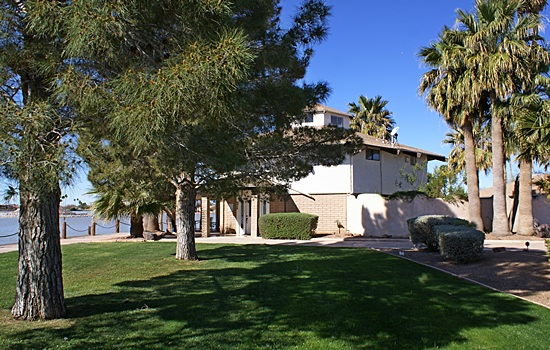 World Headquarters of the RVillage Social Network and residence of founder/CEO Curtis Coleman.

We pulled into the driveway yesterday of the house that currently serves as the World Headquarters of RVillage and home of the founder/CEO Curtis Coleman.  Forrest and Mary Clark were already here and Randy Sturrock and Marianne Edwards, who run Boondockers Welcome, arrived about 20 minutes after we did. 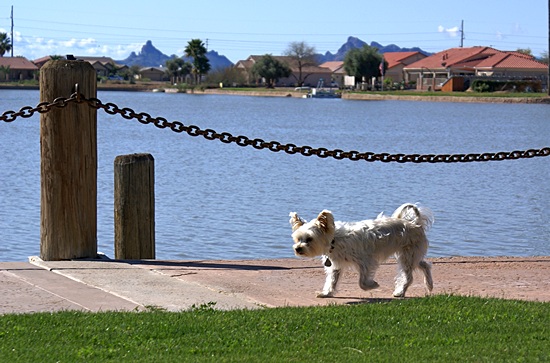 Augie doggie strolling on the sidewalk by the lake.

We were not in a rush to get up this morning, made coffee once we did, and enjoyed the lovely grounds and the view of the lake.  Curtis had work to do, some of which involved Randy and Marianne, so we visited with Forrest and Mary and just relaxed and read or worked on our iPads and computers. 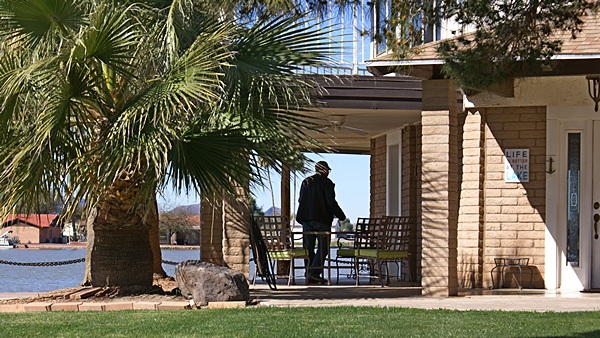 RVillage founder/CEO Curtis Coleman at work on his patio office.

By lunchtime Forrest and Mary had left, followed by Randy and Marianne.  Not long after that Dave and Vicki McKenna arrived.  They handle membership for the Escapees RV Club SKP Boomers BOF, so it was nice to finally meet them.  We all had a nice chat with Curtis and then left him to work. 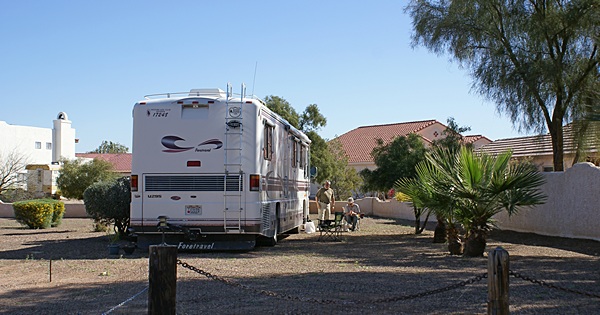 Forrest and Mary Clark visiting with Augie by their Foretravel motorhome.

The five of us went to dinner at Duffers, the bar/grill/restaurant at the local golf course.  Linda and I had nice garden salads with fresh ingredients and a basket of sweet potato fries.  We sat and talked until we were the only folks left in the restaurant.  We took the conversation back to the house and continued it there much later into the evening than is normal for us. 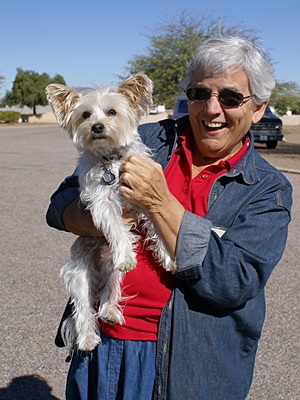 We spent the morning visiting with Curtis Coleman (RVillage) and Dave McKenna (SKP Boomers BOF) and then started getting ready to leave.  We turned the bus around, hitched up the car, and finally pulled out around 1 PM.  We had a relatively short drive of just over 50 miles to get to the RV Park in Tucson where we had a reservation. 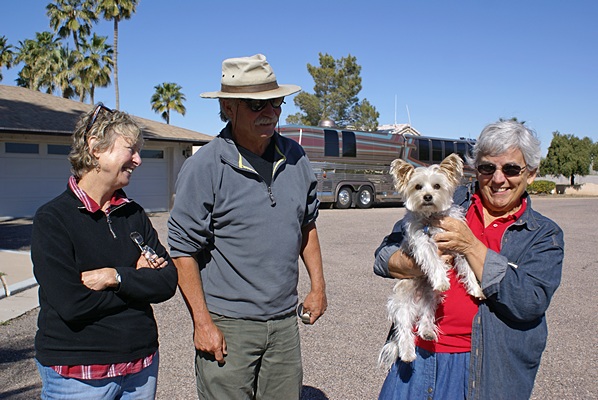 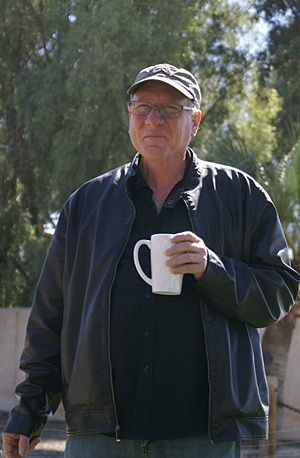 RVillage is run by Curtis, and Curtis runs on coffee. 🙂

We had an easy run with good access to the RV Park.  Tucson is not a kingdom, and it does not have royalty, but it does have a street named “Prince” and it has an RV Park at the end of that street by I-10 named Prince of Tucson RV Resort.  The park was clean and attractive enough and there were some aspects of the park that were better than usual, especially the road leading in and the check-in lanes.  It was right up against a retaining wall for the entrance ramp to eastbound I-10 which we thought might be a noise problem, but it wasn’t.  The pull-through spots, which are intended for overnight guests, were very narrow, but they had full hookup 50 Amp service and were easy to pull out of when leaving, so they served their purpose.

Lou and Val Petkus were going to stay at Prince of Tucson but changed their plans and stayed at a Passport America park just on the other side of I-10 from us.  We called to let them know we were in and see if they wanted to go to dinner.  They were both tired and settled in so they took a pass on dinner.  We needed groceries so we unhooked the car and drove to a Whole Foods Market about 8 miles away and stocked up on some items that are difficult to find elsewhere. 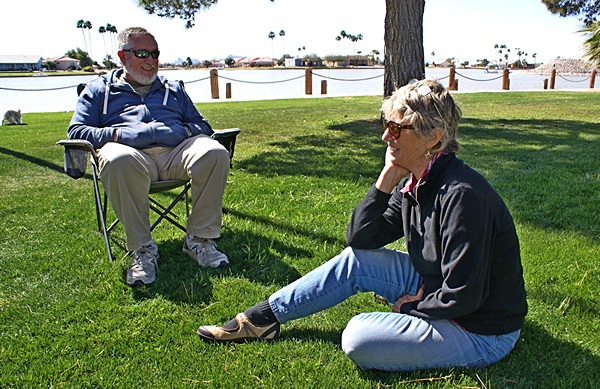 Forrest Clark and Marianne Edwards talking on the lawn at RVillage WHQ.

Back at the rig we got the groceries put away.  We then scanned for TV stations and found some!!!  We could not receive OTA TV in Quartzsite and were not able to pick up any stations in Arizona City, either. 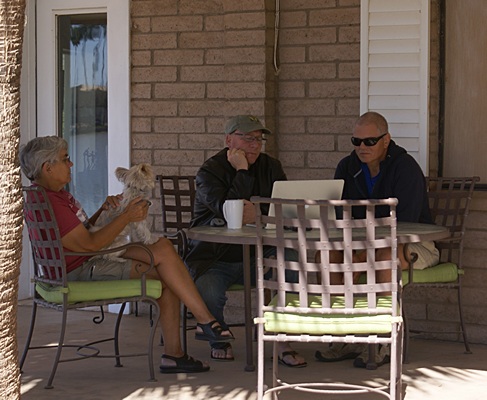